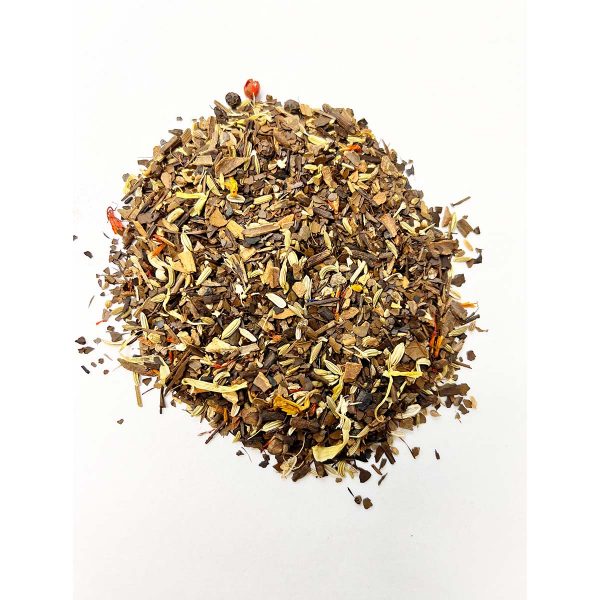 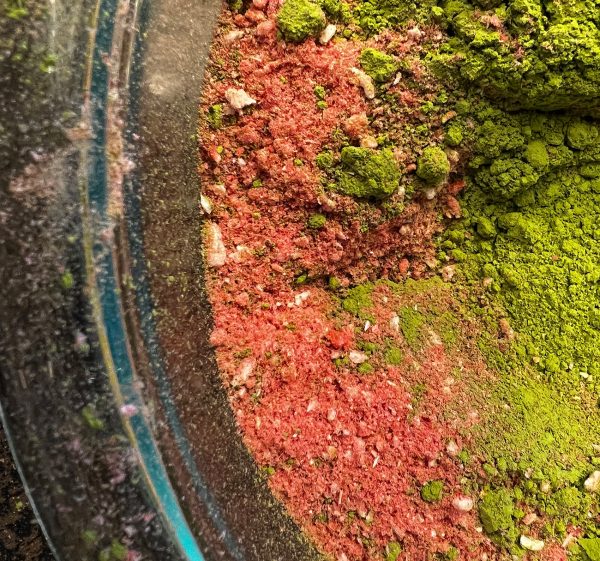 This blend was built to help remove a Bacterial Infection in your body – an all-natural Anti-Biotic.

Steep Me Self Help Tea combinations are a great way to get health benefits outside of the standard tea leaf.  The blends in our Work in Progress section are still in their testing phases…. We would love for you to try the blends and give us feedback on how you felt they were working.  All of our teas go thru a thorough testing phase to ensure we are finding success in the combination.  Once we have 100 people or more testing the blend and we are starting to see the same results in 60 or more of the testers…these blends will move to the Self-Help section.

This blend was built to help remove a Bacterial Infection in your body – an all-natural Anti-Biotic. In this blend we blended Oregano because it contains two potent compounds called carvacrol and thymol. Both of which can fight off an impressive range of pathogens (harmful microbes). Carvacrol, for example, is extensively studied for its antimicrobial effects. Over 1,000 studies have indicated that it can fight Bacterial infections Fungal infections (like thrush which is caused by candida) Viruses Parasites Allergies Inflammation. Oregano specifically targets foreign, harmful microbes, leaving the natural, beneficial microbes in your body intact, and it also does not encourage antibiotic resistance like many antibiotics. Garlic because it has an active substance in garlic (diallyl sulphide) is up to one hundred times more effective than antibiotics. It is known to fight a wide range of infections including bacteria, viruses, fungi, and even parasites. And it has an amazing side that bolsters your immune system. Barberry and Goldenseal because it contains an alkaloid called berberine which studies have shown to be effective at killing off Gram-positive bacteria such as MRSA. In addition to berberine, goldenseal contains several other compounds that have been shown to increase the effectiveness of the berberine found in the herb. Berberine, which prevents bacteria from “sticking” to our cell walls preventing bacteria from causing issues. Peppermint and Spearmint Leaf can treat a wide range of infections and is especially effective at treating gastral infections thanks to its ability to combat nausea.

In addition, we added Ceylon Cinnamon to help can fight off a wide range of dangerous bacterial and fungal infections. Cinnamon is such an effective natural antibiotic that it is even able to kill E. Coli – a dangerous, hard-to-treat microbe that is the cause of several serious diseases. Cinnamon has even been referred to as a “lethal” natural antibiotic thanks to how effective it is at killing unwanted bacteria. In addition to its antibacterial properties, cinnamon is also a strong antioxidant, working to strengthen your immune system so it is better able to fight off diseases. Ginger Powder because it contains natural compounds that can Fight infections Soothe digestive issues & discomfort Relieve nausea and Reduce inflammation. Ginger can be effective at treating gastral infections such as bacterial diarrhea. Best of all, not only is ginger able to help kill the microbes that cause these infections, but it is also effective in treating the symptoms as well, helping to soothe nausea as well as inflammation. Thyme Leaf has an effective natural antibiotic thanks to a compound known as thymol. Thymol is an antimicrobial, antifungal, and antiprotozoal agent, making thyme an effective treatment for a wide range of infections. Thyme is also one of the strongest antioxidants known today, enabling it to boost your immune system so that you are better able to fight off infections. Cayenne Pepper will used to help digestion, including heal upset stomach, slow intestinal gas, stop stomach pain, stop diarrhea and as a natural remedy for cramps. Echinacea has displayed the ability to destroy some of the deadliest forms of bacteria, including the bacteria responsible for MRSA, staphylococcus aureus. And finally, Turmeric and Cloves were added because they have been traditionally used as an antiseptic, antibacterial, and anti-inflammatory.

This combination of herbs may deplete your microbiome so we would like you to follow up with any of our fermented dark teas or our Digestive Health Tea.  Many undesirable changes in the gut microbiome can occur from use so we recommend fermented foods like sauerkraut or kombucha contain healthy bacteria. So, when we eat fermented food, it boosts and preserves the beneficial bacteria in our gut—this is called our gut flora. It is estimated that up to 70% of our immune system is found in the gut. So, when our gut flora is imbalanced, our immune system becomes weak.

Not Safe for Pregnancy

Not Safe for Breastfeeding 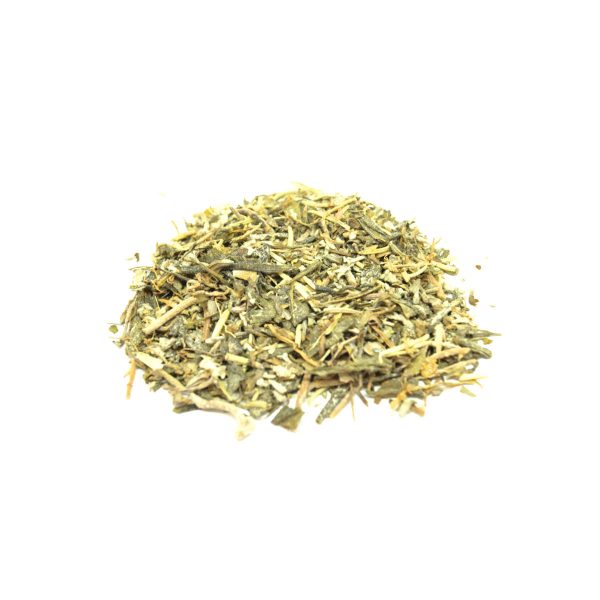 From: $14.00
Looking for a great tea to help keep you focused and on task...this is the blend...plus we do not use caffeine to do it!
Add to wishlist
Select options Gift this product
Quick view 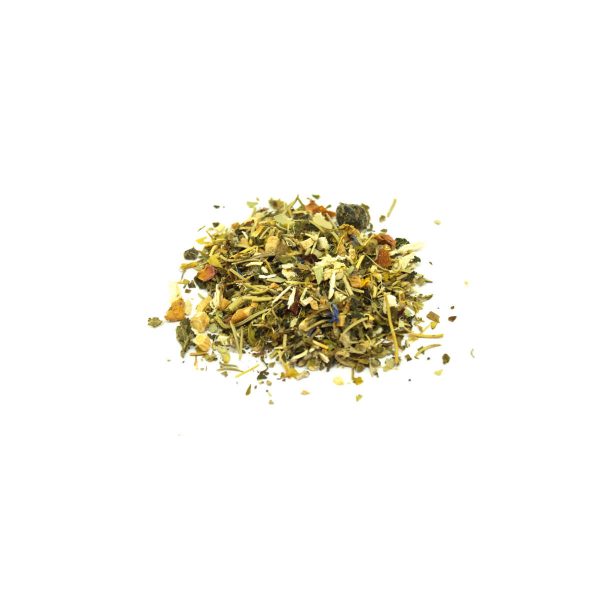 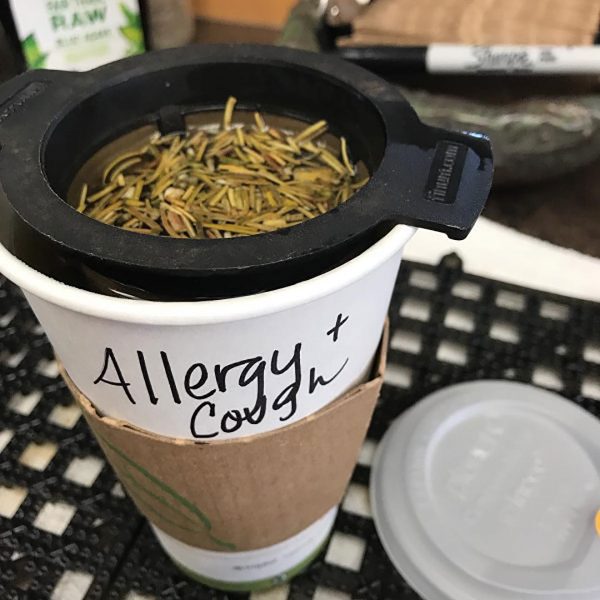 From: $15.00
This allergy tea is great for seasonal allergies or for those who suffer long term.  Really helps relieve the nasal drip in the back of the throat giving great relief. A great way to clear up your sinuses and help sooth your throat.
Add to wishlist
Select options Gift this product
Quick view

From: $13.00
A great caffeine free blend of wild crafted herbs of Hibiscus and and Hawthorne that help keep your pressures low.  Great tea before bed.
Add to wishlist
Select options Gift this product
Quick view 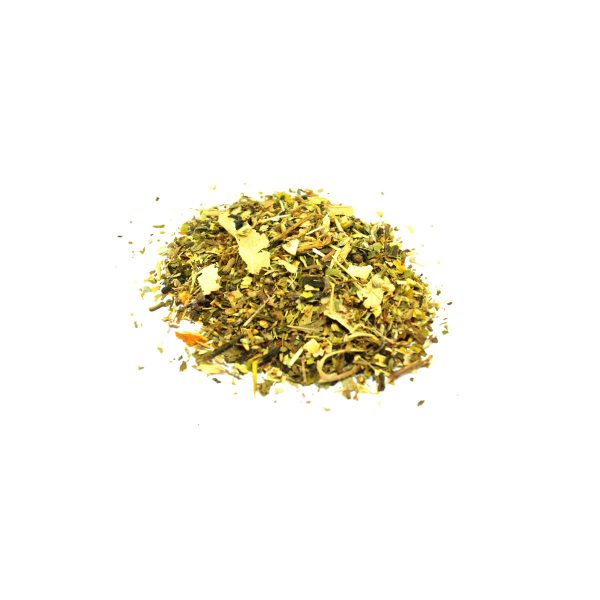 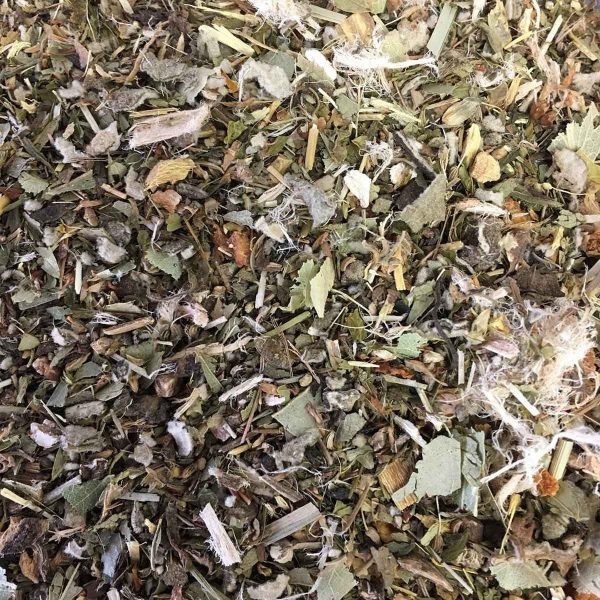 From: $13.00
This combo of our great health and wellness teas helps with all aspects of a hangover or hangover symptoms.  Headache, Tummy Aches, Fatigue and Detox!
Add to wishlist
Select options Gift this product
Quick view 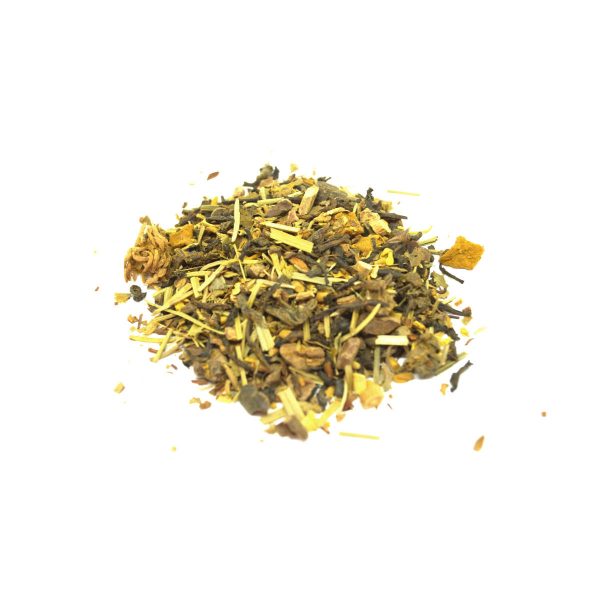